Members of the Commission 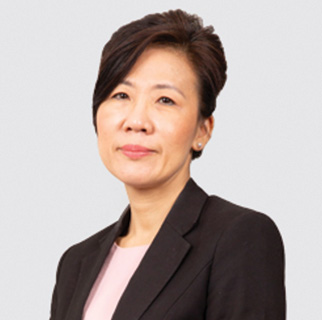 Datuk Tay Lee Ly obtained her LLB (Hons) degree from the University of Malaya in 1988 and Masters in International Legal Studies from the University of Nottingham, Malaysia in 2010. She is currently the Head of Research Division at the Attorney General’s Chambers Malaysia (AGC). Prior to serving at the AGC, she is the Legal Advisor of the Ministry of Domestic Trade and Consumer Affairs (MDTCA) since December 2013. She has served in the Judicial and Legal Service for 30 years. As the Legal Advisor of MDTCA, she is also the head of the Legal Division of MDTCA and is involved in the drafting of legislations under the supervision of MDTCA. Among the legislations are Companies Act 2016 [Act 777], Interest Scheme Act 2016 [Act 778], Control of Supplies (Amendment) Act 2015, Price Control and Anti-Profiteering Act (Amendment) 2014, Price Control and Anti-

Before serving at the MDTCA, Datuk Tay had served in various positions, such as, Chairman of Industrial Court Malaysia in Kuala Lumpur, Legal Advisor to the Ministry of Works, Ministry of Plantation Industries and Commodities and Economic Planning Unit in the Prime Minister’s Department, Magistrate in the Petaling Jaya Court, Deputy Public Prosecutor, Senior Assistant Parliamentary Draftsman and Senior Federal Counsel in the Attorney General’s Chambers.